Don’t Be So Sad! It’s Such A Waste of Time

Last week, I watched Billie Eilish’s interview with Vanity Fair. Yups, I know it's kinda late for me to jump into the bandwagon of Billie Eilish. The same questioned asked in 2017 were re-answered by her in 2018. In the later year, she looked so sad I wanted to hug her perhaps because she has been viral and gained more popularity. Billie is so cool. Her lyrics are desperately relatable. It’s hard to believe that she’s 16.

Talking about sad music, I have always been into it especially those with deep words, a surprising fact for some people due to my bubbly personality. Telling my feelings with song lyrics has been a way I communicate my hidden emotions. The vibe Billie gives, feels a lot like Lana Del Ray for me probably because their music is categorized in the same genre, ‘moody pop’.

It sounds so heartbreaking when she said that she was jealous of Billie a year ago. Being frustrated for more than a half year already, I truly can relate that I quote the title of this post from her interview. In her 10.57 minutes session, there were some questions I favored, but here I just want to write two of them that stunned me the most.

Q: What advice would you give yourself a year from now?
Bilie: Don’t be so sad. It is such a waste of time. It ruins so many things that could have been amazing because I was sad.

Q: What advice would you give yourself a year ago?
Billie: Don’t post everything you think, don’t! Just don’t! Don’t post your feelings, just don’t! 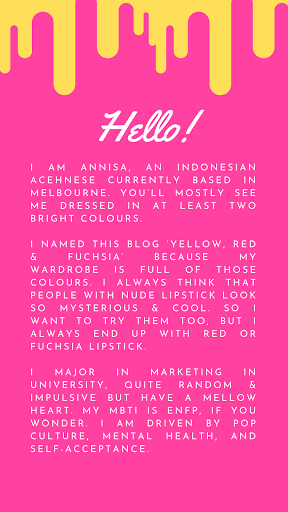 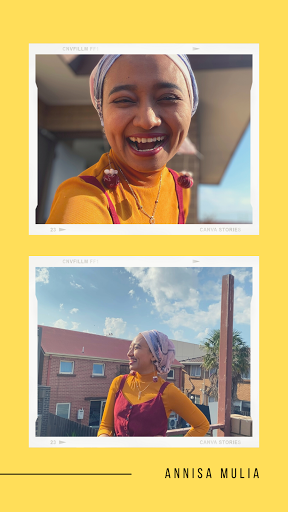